Apple Inc.’s latest bid to tap into the world’s second-largest mobile population has failed once again as India for the second time denied the hi-tech behemoth’s request to import and sell used and refurbished iPhones in that nation.

While some might find it shocking there are large factions of people — and yes, even governments — who don’t have an eye for anything and everything “i”, it’s really quite simple why Apple is struggling to break into a market where smartphone sales are expected to increase by 25 percent this year. The company has failed to fully understand not only its target market but the role of trade compliance as well. 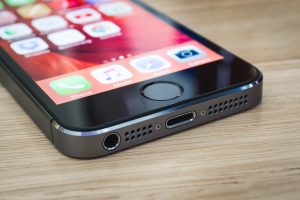 It’s certainly possible to expand a global business into lands of great opportunity such as India, but that’s infinitely more challenging to accomplish without a team of experts in place to help assess and navigate rules and protocols that can be quite restrictive at times.  For instance, the Indian government currently bans the import of used and refurbished smartphones, computers and spare parts. They consider such materials electronic waste and don’t want the used electronics dumped in their collective lap.

The “Make in India” program is another significant factor driving the denial of Apple’s bid. “Make in India” is an initiative designed to boost competition among its manufacturing sector. Domestic phone manufacturers had voiced strong opposition to Apple’s proposal with India’s telecom ministry.

Apple should have done more due diligence to learn about India’s protocols and rules against importing used and refurbished electronics.  In fact, any company trying to establish new avenues of business in a foreign land needs to have a strong trade compliance strategy, one that thoroughly encompasses all aspects of IOR/EOR and knowledge of local protocols and regulations.

PRICE IS NOT RIGHT

Apple’s attempt to peddle refurbished iPhones is not a new concept — they’ve been selling them for years at a discount in some countries, including the United States. With phone sales lagging in China — currently the world’s largest market — it seems like a logical move for Apple to expand its footprint in one of the world’s fastest-growing smartphone markets.

The cost-conscious people of India aren’t buying into Apple, though, primarily due to price.

According to research firm IDC, the average price of an Apple iPhone in India is $612 — nearly $200 more than in the U.S., due in part to import tariffs and price padding by importers and distributors to boost margins. That price tag is much higher than competitors in that market such as Samsung ($173) and Micromax ($86). In fact, nearly nine of every 10 smartphones shipped into India last year retailed for under $200, according to IDC.

Price isn’t the only consideration driving mobile consumers in India to look for cheaper phones. A recent CNBC article cited mobile experts who said the wear and tear associated humidity and pollution in India drives and underlying desire among consumers to change phones regularly. There is also less need for a premium smartphone in India, a land where LTE and 4G are limited.

Yet it’s a sure thing Apple will continue its quest to grow in India. The potential is too great to abandon the effort.

Some experts predict that India will displace the United States as the world’s second-largest smartphone market, and the potential exists that India will grow nearly five times faster than China. With its sales growth in China slowing of late, Apple considers India the next great land of opportunity.

And there certainly is plenty of opportunity there. Apple’s struggle to expand in India to date simply illustrates the importance of trade compliance knowledge, expertise, and execution. They need to source the experts for guidance.