Six Things to Know About Doing Business in India

It isn’t easy doing business in India, but the good news is that it is getting easier. Over the last several years, India has taken steps to encourage manufacturing and imports, including setting up Make in India with major new initiatives designed to protect intellectual property, facilitate investment, promote innovation, and build world class, reliable manufacturing infrastructure. In addition, here are some of the most important actions the country has taken to improve the business climate, as well as some things to watch out for.

A single portal that provides access to 14 government services, eBiz simplifies obtaining permits and licenses for such things as employer registration, certificates of incorporation, tax ID numbers and even currency transfers.

The 2015 amendment to the Companies Act had several important provisions that make doing business in India easier, including removal of the 100,000 rupees (approximately $1500) minimum paid up share requirement for private companies and 500,000 rupees (about $7,500) for public companies. It also added penalties for taking “public deposits” or defaulting on certain loans and put in place important reforms for company boards.

The regulation also requires that all companies incorporated in India, even if a subsidiary of a foreign company, must spend 2 percent of the average net profit on actions that reduce poverty, or improve education, health care, gender equality, environmental sustainability or vocational training. This requirement applies even to relatively small companies.

The Delhi-Mumbai Industrial Corridor is a major infrastructure project costing $90 billion. Using expertise from Japan and Korea, the country will create eight industrial zones. In addition, the country has established 14 industrial zones dedicated to manufacturing, with more in the planning stages. 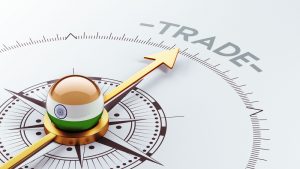 Setting up shop and doing business in India is a complicated process requiring multiple permits and licenses. The laws are complex and change frequently, so it’s relatively easy to run into trouble. In fact, the World Bank Group ranked India at number 130 out of 189 economies for ease of doing business. Here are a few reasons why.

The Special Valuation Branch’s role is to evaluated imports between related parties. Sometimes when there is a relationship between companies, goods move at a lower price than they would in a standard commercial transaction. The SVB monitors this type of transaction, comparing invoice pricing against standards maintained in extensive ledgers. If prices are lower than the standard in the register, the SVB has the authority to add additional duties to match the amount that a standard transaction would have netted.

The extra duty deposit (EDD) charged in these circumstances may be substantial, and the appeals process is complicated and sometimes goes on for four years or more.

The Harmonized System (HS) is a classification of goods published by the World Customs organization. Most countries use it to classify goods for import. The India Trade Classification (ITC), while built on the HS, has additional complexity. To begin with, ITC codes have eight characters rather than the six in the HS, for additional specificity. There are also two schedules: one each for import and export duties. The complexities of the ITC make classification of goods challenging for many companies.

Doing business in India, especially importing, exporting or transferring materials between sites, is complicated. The smooth flow of goods requires familiarity with the details of literally hundreds of national, regional and local regulations, each requiring specific legal forms and other paperwork. Any misstep can result in fines or seizure of goods, which can tie up the unwary business for months or years.

Given the stakes and the complexity, it makes sense to rely on a partner such as Flash Global with a local presence and years of experience in the country.