Liston brings to Flash a diverse background in export enforcement from a U.S. perspective. Most recently Liston was the Director of Global Compliance for Future Electronics, a global distributor of electronic components based in Canada. In that role, he served as the principle adviser to the company on global trade compliance issues, especially U.S. export regulations as they pertain to EAR commercial, dual-use and ITAR export control issues. 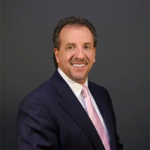 “Flash is excited to welcome Peter to the organization,” said Matt Zimmer, chief operating officer of Flash. “He has vast accomplishments and years of expertise that will drive tremendous value for our customers and employees. Peter’s global experience and knowledge of emerging markets drives synergy and velocity into our end-to-end supply chain services portfolio.”

Liston’s career also includes two years working for the Department of Commerce, Bureau of Industry and Security (BIS) as an Export Control Attaché at the American Embassy in Moscow, Russia (June 2007 through August 2009). Prior to his Moscow assignment, Liston served as the Assistant Attaché at the American Embassy in Vienna, Austria with Department of Homeland Security (DHS), Immigration and Customs Enforcement (ICE) from June 2000 through May 2007.