Editor’s note: This occasional blog series profiles Flash Global employees from all levels throughout the global organization. These are the men and women who bleed Flash orange, “own” their area of expertise and have an insatiable appetite for driving success. 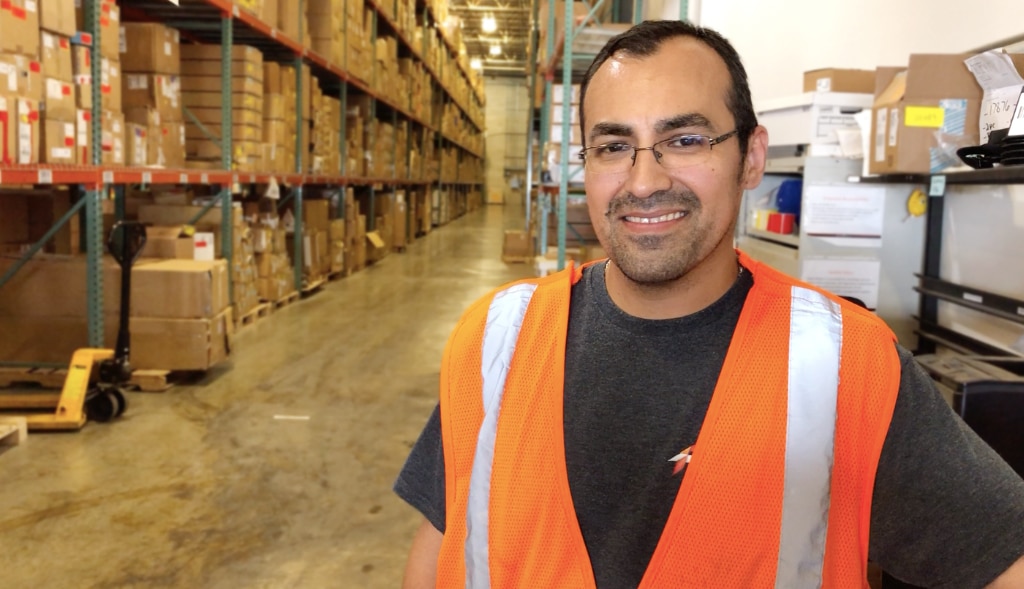 Tell Us About Your Educational Background.

I graduated from a college in the Chicago area, where I studied business and received a business management degree. It has been extremely helpful to have this degree when it comes to my job as an on-site supporter for Flash customers.

Tell Us More About Your Job here at Flash.

My position is an on-site support role, primarily for one of Flash’s largest customers. I am in constant contact with the account team at their headquarters, providing information and updates regarding shipments, alerts, inbounds, part numbers and things of that nature. I create a report of everything that we have on deck. If a shipment doesn’t have an inbound number, I assign one to it. I work with both Flash’s and our client’s systems for handling shipments, so that both companies can keep track of everything and know exactly where each shipment is. Anything our client needs, I’m the point of contact here in our Chicago facility.

From a Work Standpoint, How Do You Define “Success”?

The customer relationship is an integral part of Flash Global.  Making sure that they’re satisfied is my top priority. Whatever the customers need, get it to them as fast and efficiently as possible.

The Best Part About Working at Flash is …?

My coworkers. We have this relationship of working together and getting the job done, no matter what it takes. We work best as a team. It’s an honor to work with such amazing people.

Words of Wisdom You Live By:

You Work Right By the Airport. If You Could Jump on a Plane, Where Would You Go?

I would love to travel to Europe. I’ve been invited to go a few times but I just haven’t been able to make it yet. The continent is just so beautiful and the culture is amazing. I’d like to start in Spain and then work my way around to Germany, Italy, and so on.

What Bit of Advice Would You Give to Your Younger Self?

Honestly, it would be to just listen more. When you’re young, it’s truly important to listen to what your peers around you are saying. Life lessons can be learned.

In a Movie About Oscar, Who Would Play You in the Lead Role?

Matt Damon! The Bourne film series is among one of my favorites, I love the action and the amount of travel that goes on, so I feel like Matt Damon as Jason Bourne would be the perfect fit for me.