Five Things to Know About Doing Business in Brazil

Many companies are intrigued with the possibility of doing business in beautiful Brazil, but Brazil’s economy sometimes feels like a rollercoaster for the unwary. In the last few years, the country experienced annual drops in real GDP of more than 5 percent and now faces an inflation rate approaching 10 percent for 2016. In the midst of an economic recession, the country undertook a massive investment in infrastructure to host the 2016 Summer Olympics, hoping an influx of tourist spending would help turn the spiral around. Coupled with political scandal, high taxes and a notoriously difficult business climate, doing business in Brazil might not be as simple as a day at the beach. 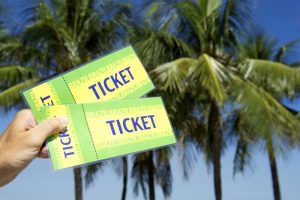 Doing Business in Brazil: The Positives

Brazil is the fifth largest country in the world and by far the largest country in South America. In fact, total land mass is just a little less than that of the United States, and the population is around 207.85 million. The population is largely middle class, urban and literate, creating a strong demand for goods and services despite inflation and a high rate of unemployment now approaching 6.5 percent. The country’s GDP is equivalent to $3.192 trillion.

Both landline and mobile communications are strong in Brazil, and more than 45 percent of the population has access to computers and the Internet. The communications infrastructure is well developed in the central region, but is less so in the north and northwest parts of the country, which can occasionally make communications problematic.

Brazil has more than 300 airports, and 21 of them are international. The airports handle a combined 115 million passengers each day.

With more than 50,000 kilometers of waterway, water transport is a viable option for moving goods along the coast. However, other transportation modes are not as robust. Electric power is generated reliably using hydrodynamics, with only a small minority generated from fossil fuels.

Brazil joined the World Intellectual Property Organization (WIPO) in 1975 and has maintained an active membership to uphold numerous treaties and intellectual property protection laws. In 2015, there were only 34 IP complaints recorded by WIPO in which Brazil was the respondent.

Doing Business in Brazil: The Negatives

While some areas are very strong, other parts of Brazil’s infrastructure are not as well developed. Roads, for example, while extensive, are inadequate to support the current volume of traffic. Over the last few years, the Brazilian government poured large sums of money into improving roadways in advance of the 2014 World Cup and the 2016 Summer Olympics, but away from major cities roads quickly deteriorate.

Rail services are spotty at best, with four different track configurations throughout the country, and lines are operated by multiple entities with little coordination or cooperation.

Transporting goods around the country requires a detailed knowledge of the geography and the local infrastructure to ensure selection of the right mode to avoid delays while minimizing cost.

Brazil’s tax structure is notoriously complex as well as burdensome. Employer-paid contributions for Social Security are around 20 percent, and employees kick in another 11 percent. Employers are also on the hook for an additional 8.8 percent payroll tax and an 8 percent severance tax. Corporate income taxes average about 15 percent, with a 10 percent surcharge on revenue over R$240,000 (just under $75,000). A social contribution tax on profit runs 9 percent, and there’s a 20 percent tax on interest earnings. There are three different VAT-like taxes: IVMS (18 percent), PIS/COFINS (9.25 percent) and IPI (20 percent). The variety of taxes can make it difficult to comply with regulations. It requires a deep understanding of the requirements and material classifications to ensure that taxes are minimized.

Brazil also has labor laws that add to the costs for local companies. Employees must be given 30 days paid vacation per year, and a 30 percent cash kicker to spend on vacation. Taking all this vacation time is mandatory for employees, and employers cannot offer cash in lieu of time off.

By far the most complex aspect of doing business in Brazil is the Nota Fiscal, a document unique to the country. While some people believe the Nota Fiscal is simply a complicated invoice, such is not the case.

The Nota Fiscal is the document that “proves” the existence of any commercial transaction, and its primary purpose is to prevent tax evasion. Nota Fiscal may be printed or generated electronically, but a Nota Fiscal cannot be issued without a permit. The state treasury departments issue the authorizations, known as Autorização de Impressão de Documentos Fiscais or AIDF to registered corporations.

Access to AIDFs is strictly regulated. Print shops and seal manufacturers must be licensed and accredited by the treasury department.

Companies must go through multiple steps in the process of obtaining the right to issue Nota Fiscals. Even after approval, the process remains complex. There are 32 different types of Nota Fiscal, and the required fields differ with each type. An error on a Nota Fiscal subjects the issuer to penalties and legal actions, so it is imperative that a knowledgeable person handle their creation.

Doing Business in Brazil: Flash Global is a Trusted Partner

Brazil has a potentially rewarding economic environment. However, its complexities mean that you will find it easier to work with a knowledgeable service supply chain provider with an established presence such as Flash Global rather than attempt to master the intricacies of doing business in Brazil on your own.

Flash Global is incorporated in Brazil, which provides an incredible competitive advantage for our customers. Our systems are fully integrated with Brazilian customs, enabling us to streamline the customer’s clearance process.

You can learn more about how our experienced team of supply chain professionals can help at flashglobal.com and here.