Skip to content
The Election & Supply Chains: How Trump and Clinton Could Shape Free Trade

The Election & Supply Chains: How Trump and Clinton Could Shape Free Trade

The election seems closer than ever, and more Americans are starting to wonder how the next president will affect international trade policy. Unfortunately, endless call outs and insults have muddied Donald Trump’s and Hillary Clinton’s opinions on how to ensure American vitality and prosperity in the coming years. Rather than trying to dig through the mud to find the election’s impact on the supply chain and free trade, consider the candidates’ visions for the future.

A Trump Presidency’s Impact on the Supply Chain 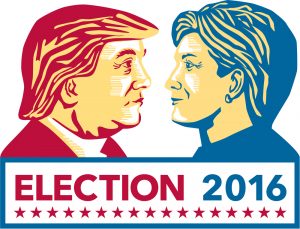 These higher tariffs will help to reduce offshoring of jobs to Mexico and China. Unfortunately, there are plenty of other places in the world that will be able to pick up the proverbial slack. As a result, multiple economic analysts have arrived at the conclusion that the U.S. would enter a recession if these plans were enacted, reports The Washington Post.

Similarly, Trump plans to lower taxes on corporations and the wealthiest Americans, a policy which could benefit his own assets. While political opponents have been quick to criticize his plans as a form of trickle-down economics, this does not necessarily mean Clinton’s policies are without possible drawbacks.

A Clinton Presidency’s Impact on the Supply Chain

Clinton has continued to reiterate the importance of “fair share” policies in her campaign. Her plan seeks to reduce the confusion among the complicated and changing tax brackets by creating a “fair share” policy for corporations and families with the highest incomes, explains the Business Insider. Initially, this policy appears unhelpful, but it does retain some similarities to Trump’s proposals.

For example, Clinton proposes the use of tax credits for companies that do hire new workers and reshore American jobs. In a sense, this is an after-the-fact version of Trump’s plan. However, it does have some leverage in that it requires companies to stimulate economic prosperity through growth before applying discounted tax rates.

Clinton’s plans for increasing regulation among the energy sector could also impact supply chains. Currently, third-party logistics providers (3PLs) and parts inventory management partners are already looking for ways to reduce energy consumption, which may include green energy resources. In other words, Clinton’s policies could affirm what 3PLs have been doing all along. However, additional regulations could make it difficult for 3PLs to continue improving energy usage rates at current levels.

For example, a sudden regulation on minimum percentage of fuel-efficient trucks could be difficult to implement, creating a vacuum for problems in the supply chain.

The Big Picture on the Election and Free Trade

The election will be held in a matter of days, and both Trump and Clinton have proposed differing policies on free trade. As a result, companies will be forced to look at whether reshoring or offshoring will benefit consumers most, and some companies will find themselves caught between imports and exports. Regardless of who wins the election, those companies that operate within the standards of society’s belief in eco-friendly solutions and demand for more jobs through continued growth will survive.

Ultimately, both Trump and Clinton have proposed tax benefits to companies that reshore manufacturing, so investing in today’s supply chains to ensure global trade compliance and growth, such as partnering with Flash Global, could lead to significant cost savings and tax credits when the next president takes office.

Flash Global approves this message, which is offered for informational purposes only and in no way, shape or form is intended to be an endorsement of either Trump or Clinton.