With the Summer Olympics about to kick into high gear, the Brazil customs strike enters its second month and continues to cause disruption in service supply chains operating in and around Rio de Janeiro.

The Sindifisco union of federal tax auditors launched an indefinite strike in early July in a bid to get a 5.5 percent pay raise.

The Brazil customs strike is affecting standard operations in ports, at airports and at checkpoints along the borders with neighboring countries.  The work slowdown (it’s not a full-blown work stoppage—yet) continues just as it has since the strike began in July:

(Note: This is not an official schedule, and the level of activity on any given day is subject to change without notice.)

Standard operations means that customs workers in at Viracopos Airport (VCP) and Guarulhos Airport (GRU) are working but delays for inspections and clearance are common.

When it comes to imports or exports to or from Brazil, once the shipment is registered the system directs the process into one of three channels: 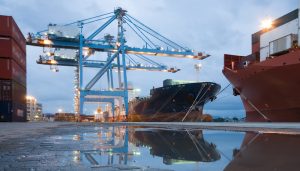 While the Brazil customs strike impacts each of these channels, the effects are especially disrupting shipments that are classified in the Red Channel. These often involve shipments for temporary export for repair and return. As an example, a computer server sent to the United States for repair and then it’s returned to Brazil.

“The temporary export for repair and return, and the re-importation of that shipment, always lands in the Red Channel because customs authorities need to ensure that serial numbers of the goods temporarily exported will match with the serial numbers on the items repaired and returned. This is a must in order to comply with the requirements to export for repair, as well as align with the guidelines for exemptions on duties and taxes,” said Ana Cristina da Silva, International Logistics Trade Supervisor for Flash Global.

In the temporary export process for repair and return, all shipments must include complete  information such as weight, dims, number of boxes, a thorough description, and NCM classification, along with a failure report (a declaration informing material failure). Once the cargo and all documentation is ready, everything is submitted for customs clearance procedures.

Once cleared by customs, the goods can be shipped to a repair center that best meets the customers’ needs. The time allowed for the item(s) to be repaired and returned to Brazil, customs strike or not, is 180 days—though it can be extended longer on a case-by-case basis.

The Brazil customs strike not only has the great potential to delay temporary exports, it also can extend the process for reimporting the repaired goods back into Brazil.

When repaired goods arrive back to Brazil, the team handling the reimport process for the customer works to ensure all documentation is order — again, the serial numbers must exactly match those recorded for the goods that were temporarily exported. The customer is responsible for ensuring the repair vendor provided all necessary information on the components (description, HTS/NCM code, value, weight, manufacturer name and address).

Duties and taxes are applicable only with regard to the cost of components exchanged during the repair activities, da Silva said. This information must be added to the CI and an import license needs to be approved prior shipment approval. The repair vendor also needs to provide a declaration to confirm whether any component was added.

Once everything is in order, the shipments are guided through Brazil customs once again.

If this sounds like an arduous process, it is—and things are only exacerbated by the ongoing Brazil customs strike. Heightened security for the Rio Summer Olympics, which includes greatly increased vehicle inspections throughout the country and especially in the host city, further complicates matters. That is why if you are doing business in Brazil, it’s important to have a partner you can trust to help you navigate the intricacies of customs in Brazil.

Learn more about how Flash Global, an IOR and EOR in Brazil, can help.