8 Things to Know About Doing Business in Mexico

Mexico has a favorable business climate, making doing business in Mexico highly desirable. The country has strong agricultural roots and has tried very hard over the past few years to attract business, especially in manufacturing. Its efforts have paid off—Mexico now has thriving interests in food and beverage, textiles, machining, chemicals, iron, steel, consumer goods, mining and automobiles. However, over 50 percent of the population still lives below the poverty line.

The World Bank Group ranks Mexico at number 38 out of 189 economies for ease of doing business. Here are a few of the reasons that doing business in Mexico is so highly regarded.

Doing Business in Mexico: The Positives

Mexico is part of Central America, and its northern border abuts the United States, spanning parts of Texas, New Mexico, Arizona and California for a total of 1,960 miles. Mexico also has almost 6,000 miles of coastline to the east and west. About a quarter of the population lives around Mexico City, and most of the population is in the central areas between the states of Jalisco and Veracruz.

Strong Demand for Goods and Services 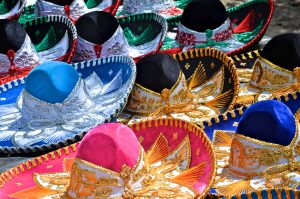 Despite the high poverty rate in the country, Mexico has strong demand for goods and services. Much of the imported goods are used to bolster the manufacturing industry — a strong focus of government initiatives.

Even so, Mexico’s economy is a well-balanced between imports and exports. The most common imports include metalworking machines, steel mill products, agricultural machinery, electrical equipment, automobile parts for assembly and repair, aircraft and aircraft parts. Exports include manufactured goods, oil and oil products, silver, fruits, vegetables, coffee and cotton. Nearly 81 percent of its exports go to the United States.

Mexico has a high literacy rate, with about 95 percent of the population able to read and write. The unemployment rate hovers around 4 percent. Many members of the workforce have excellent manufacturing skills since the government has subsidized training programs to help attract industry to the country.

Doing business in Mexico has become simpler recently, since the country now has free trade agreements with 46 countries, including the U.S. and China.

Mexico joined WIPO, the World Intellectual Property Organization, in 1975 and maintains treaties with the U.S., China, Belgium, France, Germany and Spain and others.

Although tax regulations have been simplified greatly in recent years, the tax regulations differ from state to state and can be complex, making it important to work with a company with local presence who is familiar with the differences and the required filings.

Mexico has an extremely high rate of violent crime, with murders, kidnappings and extortion running at a rate of about 33.1 million in 2014. This is about 17 percent higher than the crime rate in 2012, despite government efforts to crack down. Some experts believe that government reports which show crime rates falling are incorrect due to incomplete or faulty reporting from the individual states.

Crime is a major drawback to doing business in Mexico, and fear of becoming a victim makes many business people reluctant to travel to Mexico or to leave their hotels while in country.

Mexico is home to almost 1,800 airports, the third highest number of any country in the world. The downside is that only about 250 have paved runways, so air travel and shipping by air may not be as comfortable or reliable as expected. Only 12 airports have paved runways of 1,000 feet or more.

Mexico has almost 10,000 miles of standard gauge railway and approximately 85,000 miles of paved roads. In addition, the country has 1,800 miles of navigable waterways, primarily clustered on the east coast. Major seaports include Altamira, Coatzacoalcos, Lazaro Cardenas, Manzanillo and Veracruz.

While Mexico ranks well in terms of individual aspects of infrastructure, the overall result is disjointed, with large gaps in coverage and discrepancies by region. This makes it imperative to work with a company with local presence and a thorough knowledge of the best routes between locations.

One area that business people often find surprising is that interest rates are much higher than in other countries, sometimes running as high as 40 percent. Local financing should be undertaken carefully to avoid unpleasant surprises.

Mexico lacks adequate sanitation in many areas, with 12 percent of the urban population and 25 percent of the rural population lacking access to modern sanitation. Many waterways and forest areas are polluted with raw sewerage and industrial waste. Urban areas are suffering from both air and water pollution.

Doing business in Mexico can be a rewarding experience, but that doesn’t mean that there are no issues with setting up and maintaining local operations. Many companies find that it is better to rely on a service supply chain company with a local presence and experience with the regulatory environment and the infrastructure challenges.

Flash Global has proven experience helping companies expand into Mexico. In 2007, Juniper Networks, a leader in high-performance networking, enlisted Flash to help them open 45 turnkey depots south of the border from its headquarters in Sunnyvale, California. Read more about how Flash helped Juniper reach its goal of opening all of the facilities in less than 30 days.

To find out more about how our services could help your company capitalize on speed-to-market opportunities and accelerate growth by doing business in Mexico, contact Flash Global today.