4 Things to Know About Doing Business in Russia

Russia was on a positive business trajectory until its widely sanctioned actions in Ukraine and Crimea during the last few years. Recent increases in tensions between Russia and developed countries have made it increasingly difficult to trade with Russia. In fact, the United States still prohibits export of munitions and many high-tech items to Russia as part of the sanction. In many cases, financial assets remain frozen. It takes a team of knowledgeable people to navigate the morass of doing business in Russia.

Doing Business in Russia: The Positives

Russia has made considerable investment in modernization of its infrastructure. However, Russia sank in the ranks of countries favorable to business as determined by World Bank Group. Russia ranks number 51 out of 189 measured economies for 2016, falling from 34 in 2015. Despite falling scores in key areas — including resolving insolvency, starting a business, protecting minority investors, obtaining permits and trading across borders — Russia has made strides in granting and managing credit and in essential services such as electricity.

With its harsh weather and the vast distances between Russian population centers, the country needs excellent roads to promote shipping. The Winter Olympics of 2014 provided an impetus for improving transport of goods and the country added $51 billion worth of new roads, railways and transport hubs which continue to support the country’s commerce. 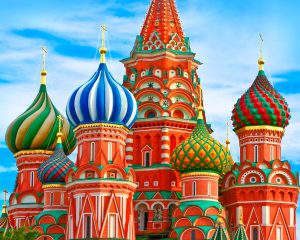 After years of deprivation and now the strict economic sanctions from many world powers, Russia has a huge pent up demand for foreign luxury goods. However, Russia still has many high tariffs in place, including a 3 percent tariff on all goods that is in addition to the category-specific tax. The category tax can run as high as 40 to 50 percent on many products, and can even hit 100 percent on alcoholic beverages. Luxury goods may even incur a 250 percent tax. Knowing the right classifications to reduce these burdensome rates is a key skill for importers, along with knowing which payment methods incur additional fees.

Despite the massive investment to support the Olympics in 2014, Russia’s infrastructure can still cause problems. The country is so vast that it covers nine time zones. Its people speak more than 100 languages and dialects. Much of the infrastructure is concentrated in a few population centers, but the ability to move goods between centers is complicated by distance and lack of consistent transportation.

Bribery is a fact of commerce in Russia, and managing the local customs without running afoul of international and country specific business regulations and mores is difficult, especially considering the number of jurisdictions that goods must pass through.

Even a simple movement of goods between facilities owned by the same company can require payment of taxes, fees and the production of vast quantities of paperwork.

Since regulations differ from location to location, it’s easy to make an innocent error that can tie goods up for weeks or months and result in significant fines. Bureaucracy is rampant, and it takes a team of knowledgeable specialists to navigate the tricky waters of import and export regulations.

Russia is a land of opportunity for business, but the combination of international economic sanctions and its own internal bureaucracy make it difficult to navigate successfully. Many companies wishing to excel while doing business in Russia or anywhere else in the EMEA region turn to a partner such as Flash Global with its teams of experienced local specialists to help them manage their business.

Contact Flash Global today to learn more about their comprehensive suite service supply chain solutions can help you succeed in Russia or anywhere in the global marketplace.